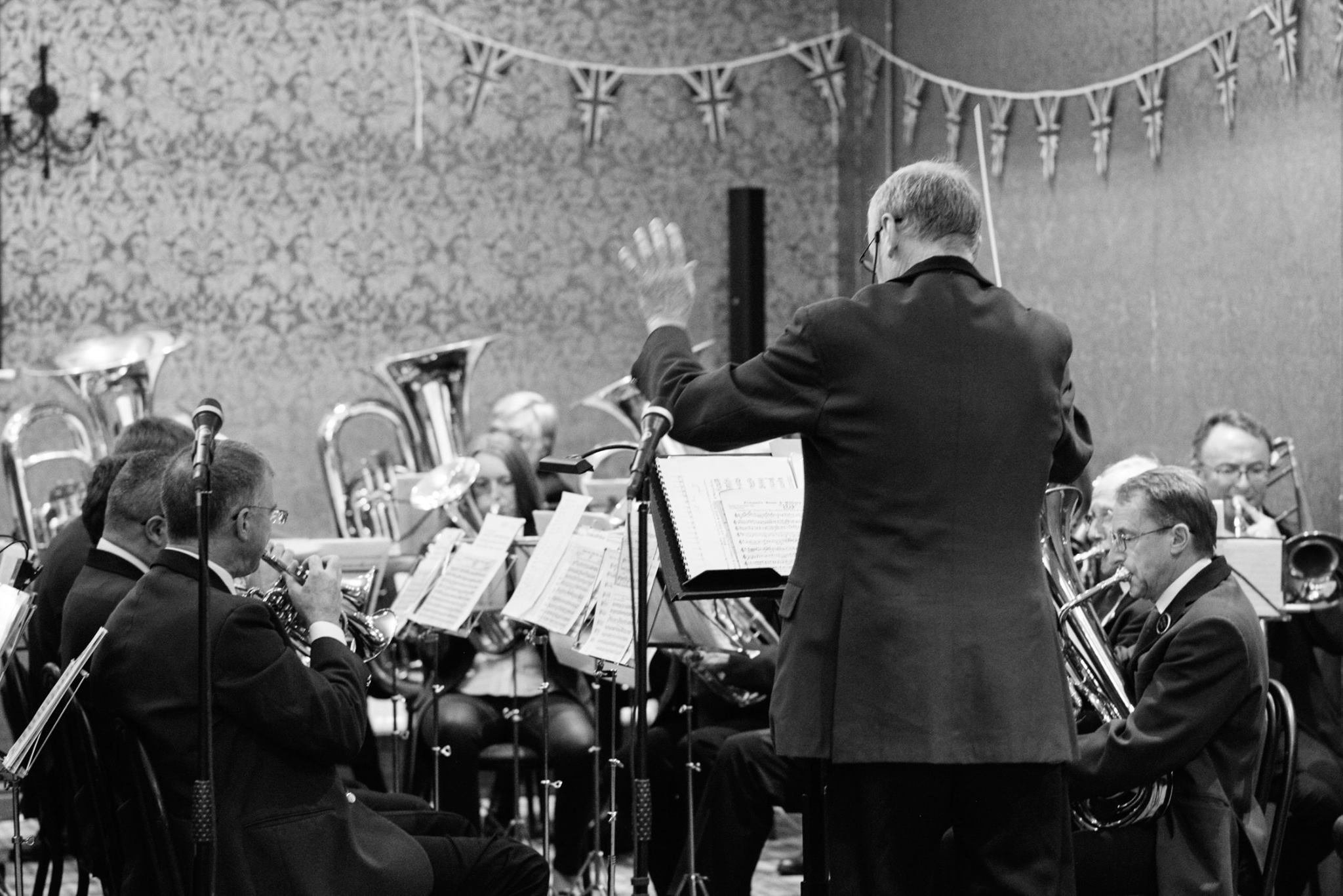 We were delighted to join the Tyne Valley Big Band and all-female singing group the Hex Pistols for this sell-out RAF centenary celebration at Hexham Mart.

The night’s ‘musical history of flight’ included traditional marches like Colonel Bogey and the Royal Air Force March Past, popular Glen Miller tunes and even some James Bond! There was a joint performance of Dam Busters by Hexham Brass and Tyne Valley Big Band and even the audience got to join in, with a sing-along to wartime favourite “We’ll Meet Again”.

A thoroughly entertaining evening, the event was the culmination of months of hard work by one of our cornet players, Tony Newton, and others. The total proceeds are still being calculated but the concert has no doubt raised significant funds for its beneficiaries – the RAF Benevolent Fund and the Macular Society Tynedale Support Group. Well done to all involved!