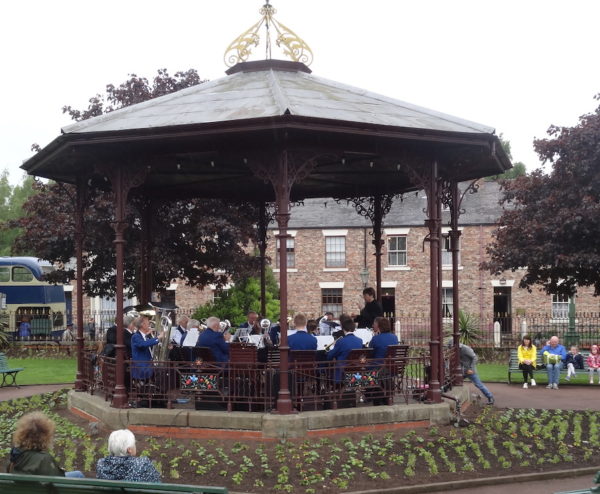 Our last performance at Beamish was in the blazing August sunshine…sadly the sun didn’t turn out for us this time but grey skies and drizzle didn’t dampen the spirits of the band or spectators.

Playing in the Town bandstand under guest conductor Jason Smith, the programme included the usual mix of traditional, popular and classical music. The band kicked off with the march Castell Coch, shortly followed by an apt rendition of Singing in the Rain. And those who weren’t put off by the weather were justly rewarded with a fantastic performance of the cornet solo Una Voce Poco Fa by Principal Cornet, Roger Carr.

You can see us at Beamish again on 10th August (hopefully with a bit of sunshine too!).